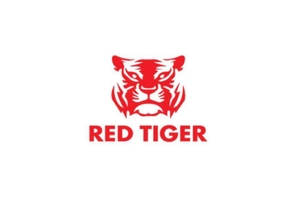 Red Tiger is one of the most recognizable software developers in the world right now. Owing to its reputation and popularity, many will be forgiven for thinking that this software developer has been in the business of manufacturing casino games for a very long time. Alas, that’s not the case at all. Red Tiger Gaming is actually an ‘infant’ in the online gaming industry. This is because the company was founded as recently as 2014. However, in spite of its short lifespan, the company has managed to win the hearts of many players owing to its remarkable work. One of the drivers behind the remarkable work that’s being done by the software developer is the team in the background. 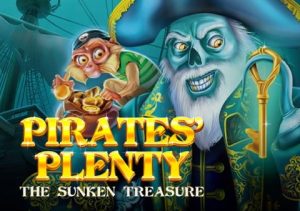 Though Red Tiger was founded in 2014, the team behind this software developer has been in the online gaming industry for several years some spanning decades! It is the experience that this team possesses which has catapulted Red Tiger to rise rapidly in the past few years. The team behind Red Tiger is diversified and at the same time unified. There are firstly the software developers, that is, those tasked with coming up with unique ideas for different casino games. To aid the work of software developers, Red Tiger casino software provider also has onboard account managers, audio engineers, graphics designers, mathematicians and psychologists. All these professionals are tasked with coming with inventive solutions that will make Red Tiger casino games more appealing to each and every type of player.

As has been alluded to briefly in the introduction, the remarkable work that the Red Tiger team has done is brilliantly illustrated by the casino games that come out of the game studio. Red Tiger’s main focus since its inception was creating online slot machines. On that front, the software developer has been doing stellar work as all of its casino games come with top-notch graphics. Some games that have been created in recent times have actually been designed using 3D graphics making them pleasing on the eye during a gaming session. Not only this, but Red Tiger also delivers all of its games in HTML5 flawless performance on any device. For players who prefer to wager using their local currency, Red Tiger slot machines also support a wide variety of the world’s top currencies.

Though the main focus of this software developer has been on creating Red Tiger mobile slots, the company did take steps to diversify its operations in the recent past. That decision saw the company turn to manufacture table games. While the titles that have been developed so far under the Table Games category are rather limited in comparison to slots, the actions that the company has been taking suggest that in the near future, Red Tiger will have a fully stocked cabinet of table games.

While it’s a known fact that Red Tiger casino games can be played for real using real money, players also ought to know that they are able to enjoy some titles for free. All they will need to do is to select the demo mode and receive free credits which they can in turn use to make free wagers. Below, let’s check out some of the top titles from Red Tiger.

Red Tiger does recognize that in the modern-day, more players prefer and enjoy their gaming experience when they are playing on their handheld devices. As a listening brand, Red Tiger took it upon itself to cater to the needs of the modern-day player by delivering all of its games in HTML5 for flawless performance on all mobile devices. Players can access this software developer’s casino games on mobile when they visit Red Tiger mobile casinos provided the device they are using runs on Android, iOS or Windows operating system.

What of the most special thing about Red Tiger is that it offers players who play Red Tiger free slots excellent payouts each and every day thanks to its Daily Drop Jackpots as well as the Hourly Drop Jackpots. The Daily Drop Jackpots are pooled jackpots that are guaranteed to pay out every single day. The Hourly Drop jackpots, on the other hand, are pooled progressive jackpots that payout every three to four hours. Players who play at any of the Red Tiger casinos such as Casino Heroes, Betsson and Rizk casino stand to hit these progressive jackpots at any time of the day or night.

Safety and security are important when it comes to the online gaming industry. Thankfully for Red Tiger, customers rest assured that all the products that come their way from this stable are all safe, secure and fair. Red Tiger holds multiple licenses and its games are regularly tested for fairness. For those looking to learn more about Red Tiger’s security features, this software developer has a 24/7 helpdesk manned with professional, knowledgeable and courteous customer representative agents.

This software developer holds multiple licenses which ensure that it has access to many markets in different jurisdictions. The game studio holds licenses issued by Gambling Commission of Great Britain, Malta Gaming Authority, Alderney Gambling Control Commission, and the HM Government of Gibraltar.

What products does Red Tiger offer?

Red Tiger offers casino games most of which are online slot machines and a few table games.

Yes, Red Tiger is a reputable software developer which creates safe and secure casino games that are regularly tested for fairness by independent auditors.

Red Tiger has already cemented its place as a reputable software developer in the online gaming industry but just looking at the zeal with which the team behind this game studio works, one can expect Red Tiger to continue breaking all the ceilings of success in the igaming industry. Red Tiger’s innovativeness in creating games that come with pooled jackpots and offering tournaments that pay frequently, this software developer has really endeared itself to each and every player.